True Actor Interviews are done with actors who are dedicated to the craft of acting. A true actor appreciates the art form of acting. They demonstrate their authentic passion for acting by studying technique seriously over a period of years. To qualify as a “True Actor,” they need to have performed as a leading/critical role on stage, on film, or both.

The spotlight is on the actor’s dedication to becoming masterful at the craft and their process to do so. We believe the actors we select are great role models for what it looks like to be a true actor, someone who finds the reward in doing the thing itself. 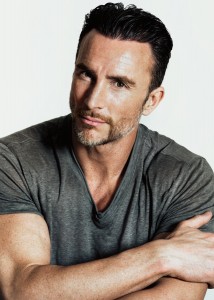 This True Actor interview is with Bevan Viljoen. Bevan was born in Johannesburg, South Africa, to a South African Dad and an “English Mum.” Most of his acting training and work has been in London, and he’s in the process of relocating to Los Angeles to further his film career.

Why did you decide that now is the time to move to in Los Angeles?

I’ve been coming to Los Angeles since 2010, firstly as a tourist — I absolutely fell in love with Southern California — and as my acting career has started to develop, I’ve been coming back more frequently.

When I was here several years ago, I was approached by a Producer who told me he was casting a film called Faster and would like me to audition for the lead role. First of all, I was shocked. I had heard stories of actors being discovered sitting on a bar stool, but I didn’t really believe them. But when the producer asked me to audition, I thought, “Hey, I can see how this could happen!”

Of course, it doesn’t usually. And in my case, I didn’t get the job. They cast Dwayne Johnson as the lead but that gave me the confidence to pursue my career in L.A.  It reminded me of why I began studying acting so many years ago in London.

That’s an awesome story! So many times, actors have challenges even getting auditions. And you get approached out of the blue for a big role! Too great.

You didn’t get that role, but I know you’ve been pretty busy as of late. Can you tell us about your latest work?

I’ve recently been cast in two feature films which begin production later this year. One’s a heist film and the other a fantasy adventure. Your readers can check back in this space for more details!

For sure! Just let me know when you have news and we can put it here. Next question: You have been pursuing your acting career for a while now — and we all know it’s not an easy road. What keeps you inspired about acting?

A quote from one of my favorite actors and one of the greatest screen actors of our generation is Marlon Brando. He once said “To grasp the full significance of life is the actor’s duty, to interpret it is his problem, and to express it is his dedication.”

I completely get that. To be an actor you need to know yourself on a much deeper emotional level than I guess most “normal” folk ever get to experience. Plus, it’s the creative process of story-telling and bringing a character to life on film… to be real and as true to life as possible and fully fledged.

Ha, not normal! I find that actors who are serious about their craft are a different kind…. or, as you say, “not normal!”  Many actors tell me when I work with them that they “know” they are supposed to be acting — but it’s hard to believe that all of them who say that really are.  What do you think makes someone a strong actor, a true actor? Do you think they have to have a natural talent or is it learned?

Great question… For me it’s a continuing process of wanting to get better at my craft. I have learnt to trust my instincts but that trust and level of thought being linked to physical actions has only come about because of the training I’ve done and continue to do.

Even the great film actors of our time studied and had / have coaches that fine-tune them and help them prepare for roles.

I believe natural talent coupled with good coaching and study of the craft of film acting will help an actor maximize their potential.

Whose acting career would you like to model your after?

I’ve always admired Clint Eastwood.  From his early films the use of inner monologue and his physical presence on screen captivated me from a young age.

Now I admire the films he produces and directs. Always powerful gripping stories from Gran Torino to Invictus and all in between. They’re always insightful thought-provoking films that are beautifully shot and directed, of course.

Do you like performing in plays better or on screen in film and television?

Definitely film. You are allowed to hold your moments longer and less is always more on film — just being present and in the moment is powerful enough sometimes. Plus it’s great to see the finished “product” when it’s edited and the finished article.

But I enjoy all mediums if I’m honest. Television, I’ve found, tends to be a lot faster-paced, and stage is where we as actors really hone our craft. That’s where my journey into acting began, so I guess it will always have a special place.

What do you find to be the most challenging part of acting?

It’s a tough business and it’s competitive on the career side. And if you don’t have a clear goal and a focus of what you want your career to be, then the daily process of auditioning can be hard I guess.

I suppose, for me, learning to trust my instincts and making a decision and going with it was a challenge in the craft. Being present and in the moment even when the scene has been run half a dozen times…staying focused and true to character. But I guess that’s where all my preparation work comes into play. Before I walk on set, I’ve spent time analyzing and developing the character I’m portraying.

On a different note, you look super fit… Do you specifically do that to support your acting?

I train hard and am in the gym six days a week keeping myself not only physically conditioned but mentally focused for the day ahead. Sometimes the decision-making on a particular character will come to me whilst I’m working out. It’s a sense of clarity and is always the right one. I trust that thought process implicitly.

Who in Hollywood would you like to work with?

I always admired James Gandolfini and was quite saddened when he passed away. His on-screen presence and physicality are obvious, but it was his use of inner monologue and stillness that made him incredibly intense to watch and powerful on film.

Also, the late, great Marlon Brando. He has to be on my list. He was a big guy yet was most remembered for showing his on-screen vulnerability.

Jessica Chastain… her strength and depth of character work and on-screen presence is something I’ve always admired. I’ve heard that her character preparation is completely exhaustive, and she is so passionate about each performance. I feel I could learn from working with her.

But the actor who has most inspired me and made me want to become an actor was Clint Eastwood.

True to character and being present and in the moment thus being real.

What would be your dream role to play?

I’ve just actually landed a dream role in feature film Fighting Talk which starts filming in a few weeks. I play an FBI agent on the trail of two notorious criminal brothers. I’ve been researching FBI protocol and agency history in preparation, plus doing all the physical training. I’m absolutely loving it.

Who in your personal life do you feel has had the most impact on your desire to be an actor?

A girlfriend of mine bought me some acting lessons as a Christmas present as she had done some acting and really encouraged me to do it. Without those first steps I would never have done it. I’ll always be incredibly grateful to her for that.

What was the most challenging role you have played as an actor?

Earlier this year I worked on a TV pilot Blue Valkyrie: Mistress of Justice, and my character Count von Drake (He’s the bad guy, by the way) was fitted with a prosthetic mask which took hours to put on every day. We filmed in this abandoned car park late one night in a coastal city in the south of England and it was freezing cold. Definitely not glamorous at all!

Tell us something that embarrassed you at the time.

We finished filming in the early hours of the morning, and I just wanted to get home to bed. So I left the set with mask and prosthetics still on and ended up falling asleep with them on. Waking up to that the next morning… Priceless!

What else would you like us to know about you?

I was asked recently what acting means to me. My top of the mind response was that it gives me a mental and physical focus and is a wonderful channel to put all emotional energy whether it be positive or negative.

I love it!  With that said, I know you have to get going, Bevan. Thank you so much for taking time for this interview! It’s great to hear your perspective and to hear all about the projects you are working on. Thanks for sharing with us what it is to be a True Actor. ###

If you want to read more articles on what it takes to become a working professional actor, please subscribe to get our free articles.