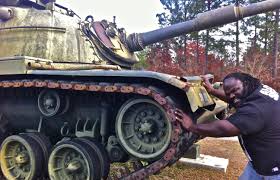 Pursuing a Hollywood acting career is one of the bigger challenges there is in terms of a career that has nothing to do with saving lives, so I’m going to address the extent to which you might go to move your career forward.

If you are pursuing an acting career, you will very likely, eventually, find yourself wondering what you should do next to try to break through because it seems so hard.

One of the possible actions you can take, a possibility which arose only a couple decades ago and was conceived of by a company called One-On-One Productions, is to pay to audition for casting directors.

Anyway, what they did, which many other companies have since done, is to create paid workshops that actors can attend, a “class” type thing, where a casting director teaches you how to audition.  So you get to meet with them in this “class,” and you learn their little quirks about what they like and don’t like.  That way, if you should ever get called in to officially audition for them, you know what to do.

The fact is that these “workshops” are basically paid auditions, and some people object to this whole idea.  It goes against the grain of everyone who’s ever held an office in SAG and every died-in-the-wool artiste actor.   But I, on the other hand, coming from a perspective of success and a marketing background, believe that if that will help you begin a relationship with a casting director which could later get you cast in your dream role, you might as well fork over the $45 or $50 bucks they’re asking for.

I’ve worked with literally thousands of actors who would love to be able to audition for certain TV shows.  And if they could get in the game, then they would feel an inner sense of peace knowing that they at least have a shot!  Many are upset because they don’t even get that chance.

One of my clients who started doing these paid “workshops” way back when put it very well when he said, “Hey, whether I like it or not, if that’s how the game is played, then that’s how I’ll play it.  If it helps me get seen by the casting directors, bring it on.”  He met dozens of casting directors at these workshops, followed up by keeping in touch with them through postcards, and went on to be a consistently working actor.

The bottom line is that in most competitive businesses, it is common to wine-and-dine and to try to buy someone’s business, so to speak.  When someone else has the upper hand and you want to do business with them, you need to put out a little bit more.  You need to somehow get the attention of that person so that they look your way.

If that means that you shell out a little bit for a one-night stand – a paid casting director workshop – then so be it.  That is not too bad considering that you are then known to that person and can be considered for being cast on that show.

When you compare the $50 bucks or so that that you spend for that against the fact that acting classes in L.A. run an average of $200 minimum to $300 bucks a month, I would definitely recommend that periodically skipping class to meet four casting directors or even their assistants might be a good idea

So are Casting Director Workshops good or no good?  I say go for it.  In marketing, you MUST get yourself known, even if it is to be known by the second banana at the office.  That’s better than never having any chance at all.  But then, I’m all about the marketing and having you work as an actor, not just practice your craft.

If you want to work, you definitely need to be trained, but just make sure that you also start getting yourself out to the market.  Don’t get super comfortable in your acting class where it feels so good and safe.  Get yourself out there.

Once you meet these casting directors, make sure that you keep in touch with them on a regular basis by getting your photo postcard in front of them so they remember you when they have a role you’re right for.

Meanwhile, happy trails in your marketing.