Screenwriters: Know Your Outcome Before You Follow-Up With Producers 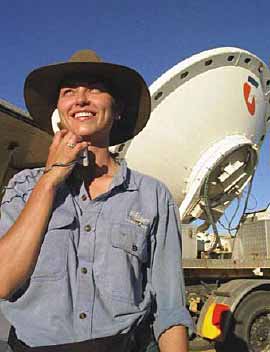 You’re a screenwriter.  You’ve written a screenplay.  You send out a query-mailings.html to Hollywood producers and agents. And then, much to your excitement, they call and tell you they want to read your movie script.  You’re thrilled.  You send it.  And now… you wait.

If you haven’t already experienced it, you will quickly learn that even when a Hollywood movie executive requests to read your screenplay that they may not read it right away.  Therefore, you will need to learn to follow up with them after you send it.

Being effective at following up with execs is an entire art and skill in itself.  It requires a certain amount of schmooze as well as knowing the protocol, as well as having the correct intention.  I’m only going to cover the intention aspect in this post.  So here goes:

When you prepare to call an executive, or any business call for that matter, know exactly what outcome you are trying to produce.  The clearer you are about what you want to have happen, the more your mind will find possible ways to make it happen.  However, you can even go beyond just knowing what you want to have happen and create three possible levels.  In other words, instead of it being All or Nothing, if you create that you want X to happen, but if X doesn’t happen, then you At Least want Y to happen, and if Y doesn’t happen, then you At Least want Z to happen, it sets you up to win.

The power of it is that you have to figure out ahead of time exactly what you want to have happen — what is the Best Case?  Then you have to figure out 2 lesser outcomes.  When you do this, it gives you a direction to take the conversation instead of just focusing on one thing only and then having nowhere to go if that doesn’t work.

For example, let’s say you are following up with a producer who wanted to read your script and you needed to create your three outcomes.  One level would be to connect with the exec and get them to commit to a time to read your script.

A possible outcome short of that would be to try to get a Development Assistant to read it and consider recommending it to the exec.  It can’t hurt to get in good with the assistant since many of them work their way up the ladder eventually, and they might recommend it to the producer.

Having three possible outcomes makes it so that the success of your call is not an all-or-nothing proposition so you are more likely to move your cause forward. Tap into your own well of ideas to try to come up with other possible outcomes that will still move you forward toward your goal.  Plan this out before you make your call and you will find things moving forward much quicker than you can imagine.

« Critical Missed Factor For Marketing Actors To Hollywood » Are You Caught In The Matrix? Automatic Patterns Of Behavior?