How To Write A Screenplay: The Basic Plot Points That Help Sell Your Script 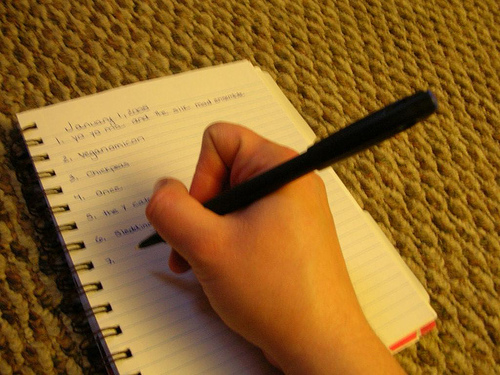 The plot of a screenplay is the basic fundamental story itself and how it builds to create momentum and intrigue and keep the reader or viewer interested along the way.  You start by breaking the plot into three major sections, which are called acts.  The basic concept is:

• Act 1 (the first 1/4 of your screenplay 25 – 30 pages) – This is the setup of your story where your characters are introduced along with the basic direction of the story. This first Act must contain a Hook in the Set-Up to keep the reader, whether it’s a literary agent or producer, riveted to your screenplay.   In particular, the first 5 pages of a screenplay should totally hook the Hollywood movie executive.  If it doesn’t, they will read no more than 10 pages hoping it will get better and will then toss it in the trash.

• Act 2 (the middle half — roughly pages 27 to 87) –  Now that the story is Set-Up with the basic characters and the challenge of the story, you have to focus on creating lots of Conflict and Increasingly Difficult Obstacles for your main charactet to overcome. This is typically the hardest part to write because you have to makes sure that it builds upon itself and doesn’t become repetitive.

• Act 3 (the final quarter of your screenplay – roughly 85 or so to page 100 or so, and up to 120).  Your Third Act starts with a turning point and builds to the Climax of the story with the big confrontation between your main character and their opposition.  This is where your character either achieves his or her goal or fails — usually it’s best to have them win.  After the climax, then you have the Resolution to show how it all works out and things get back to a basic, simple life again.

Your plot is essentially how you put the basic pieces of your story together to make it interesting.  You should write out the basic beats of it at some point in your writing, whether it’s to do it before you start or at some point after you get some of your story down on paper.  The main thing is that while writing itself is often a right brain/creative process, working out the plot itself requires you to sit and think about it at some point and to really structure it for maximum effect.

This will be one of the biggest challenges you have, so stay at it, study it, and work on it till you feel in your bones that it is as good as it can be.